“If you have built castles in the air, your work need not be lost; that is where they should be. Now put foundations under them.”

What an honor to be considered “Inspirational” by someone, especially someone with a story like Jen’s from “Step on a Crack“. Connecting with human beings like her, and the inspiration they bring to my life has been one of the most enjoyable experiences I have had since I’ve begun this blog.

I prefer to think of “inspiration” in terms of the roots of the word. It means “to breathe life into“. I haven’t literally given anyone a breath of life, but perhaps a few of my posts have been published at an opportune time in others’ lives. The credit for this lies not with myself, but with God.

An awesome video on “TED” actually changed the way I percieved art and genius in all forms. It is delivered by Elizabeth Gilbert, author of the bestselling novel “Eat, Pray, Love“. Basically she presents the idea that genius, or inspiration, doesn’t come from within. The ancient Greeks, she says, believed in a sort of “Muse” that visited them from time to time, and took over their mind or actions – and their successes were due to the presence of this “Muse” in their life.

This contradicts the perception of today’s world, which looks at genius/inspiration as coming from within – which leads to a plethora of mental illness in the creative minds of modern times. What is wrong with an artist if they are unable to duplicate their previous success? Do they lack the ability?

Watch the video below:

This “Very Inspiring Blogger Award” doesn’t include any rules. Only that you thank the blogger that presented you with the award, and pass it on to others if you so desire.

Check out a few of the following blogs who have inspired me (and there would have been more had I not been so tardy in writing this “acceptance blog” – many have already been awarded themselves!):

You As A Machine

May I Find Peace

Tomorrow is my Fantasy Baseball draft. This is one of the most important days of the year for people who play fantasy sports! I am hosting an 18 team league, and this has kept me away from the blog as much as the beautiful weather recently!

It is far more work than I anticipated – keeping contact with, communicating information, taking polls, and engaging interest heading into the season – Which starts next Sunday!!

So today I am devoting to planning for tomorrow’s draft, and potting some flowers for a couple hanging baskets – I’ll share pictures later!

Have a good weekend, I’ll try to post again tomorrow!…

← Living in Your Own Utopia
How Are Tax Dollars Educating America? →

7 comments on “Apparently, I am a Very Inspiring Blogger…”

Meet the Author of life.aisle:

I'd love to hear from you! Email me at tccredle@gmail.com. Please follow this blog with the above link. Find Similar blogs in the links section below. Please provide feedback through comments, email, or twitter (@tccredle). I am constantly striving to improve the blog to best serve you.
~Troy

Want Me to Write for You? 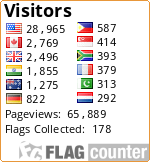 Add blog to our directory.